Front cover creased twice at bottom corner, and once higher up. Minor soiling and wear to spine and back cover. Contents clean and unmarked. Each page a black & white photographs and description of a different plane. 64 pages. View more info

Mayday : Eisenhower, Khruschev and the U-2 Affair

No Passing Glory : The Full and Authentic Biography of Groug Captain Cheshire (RAF) 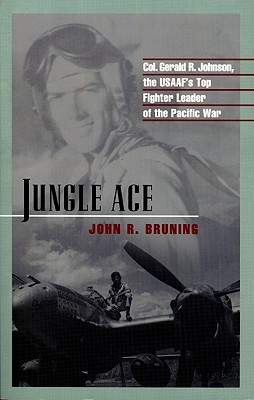 Jungle Ace: The Story of One of the USAAF's Great Fighter Leaders, Col. Gerald R. Johnson (The Warriors)

The brief but accomplished life of Army Air Forces fighter ace Gerald Johnson (1920 45) is the subject of John Bruning s latest book. During three years in the Pacific theater, Johnson shot down twenty-four Japanese aircraft in 265 combat missions. At the age of twenty-four, he commanded the highest-scoring fighter group in the Pacific, the 49th. Tragically, though Johnson had survived three combat tours, which included a mid-air collision with a Japanese aircraft and being shot down by friendly fire, he disappeared while flying a courier mission one month after the war s end. At the time he w... View more info

By: Burns, Khephra and Miles, William

Skyward : Man's Mastery of the Air as Shown By the Brilliant Flights of America's Leading Air Explorer

Royal Navy : The Story of the Men and Aircraft of the Fleet Air Arm

By: Central Office of Information