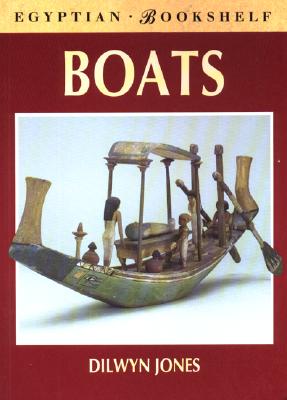 Drawing on archaeological and literary evidence, Dilwyn Jones examines the importance of the boat in Egyptian ritual and belief as well as in everyday life. The sun god was thought to travel across the sky in a solar boat, and Egyptians believed that the deserving might join the god Osiris in his divine bark after death. Boats played an important part in funerary ritual; models were often placed in tombs to provide the deceased with safe passage through the "winding waterway" in the underworld. Also, boats are frequently depicted in tomb-painting.

The Nile River has always been a vital transport artery for Egypt, and boats the principal means of travel. Early papyrus skiffs gradually gave way to wooden craft of increasing size and sophistication, ranging from fishing boats and barges to seagoing warships, splendid ships of state, and enormous obelisk barges used to transport stone to temples and monuments. Dilwyn Jones traces the development of the different types of boat and the techniques of their construction through the Old, Middle, and New Kingdom periods.