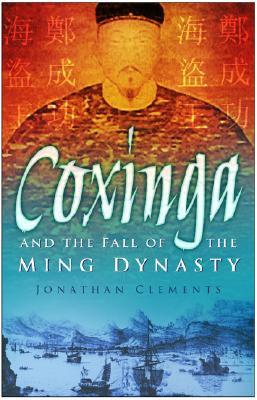 Coxinga And The Fall Of The Ming Dynasty

This is the fantastic true story of the infamous pirate; Coxinga who became king of Taiwan and was made a god - twice. From humble origins, Coxinga's father became the richest man in China and Admiral of the Emperor's navy during the Ming Dynasty. As his eldest son, Coxinga was given the best education and developed a love of poetry and the study of Confucius. From this unlikely beginning, it took the invasion of south China by the Manchu and the subsequent loss of both his parents - his father defected to the Manchu and his mother, a Japanese Samurai, died in battle - to turn Coxinga from scholar to warrior. Fiercely loyal to his exiled Emperor, Coxinga fought against overwhelming odds until his defeat drove him out to sea and over to Taiwan - at the time a lawless set of islands inhabited by cannibals. Self-styled king of Taiwan, Coxinga died at the moment of his triumph. His descendants ruled the island for two decades.

Title: Coxinga And The Fall Of The Ming Dynasty

Description: First published as : Pirate King : Coxinga and the fall of the Ming Dynasty. Coxinga at 22 was the leader of the resistance against the Manchus who seized China in 1644, at 31 he was a Prince; in defeat he took Taiwan for himself, and killed and expelled the Dutch. After his death he was worshipped , even by his sworn enemies, as a God. 312pp illust. This copy well read, front cover creases, page edge.

Coxinga And The Fall Of The Ming Dynasty