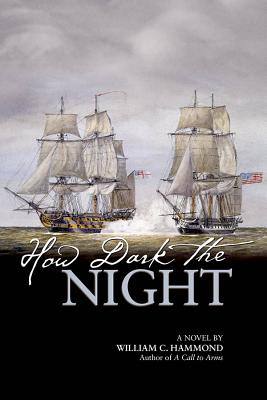 "How Dark the Night" profiles the years 1805 to 1810, picking up where the fourth volume, "A Call to Arms," ends. These years leading up to the War of 1812 are devastating ones for the young republic and for the Cutler family. The life-and-death struggle between the forces of Great Britain and France continue in Europe, and the United States is caught in a web of financial and political chaos as President Jefferson and Secretary of State Madison endeavor to keep the woefully unprepared United States out of the imbroglio while at the same time defending the nation's honor. On the home front, the embargo acts initiated by the government threaten the livelihood of the Cutler family and other New England shipping families as merchant ships rot on their moorings and sailors sit on the beach, penniless. What is far worse to the Cutler family, however, is a grave illness that threatens the life of its most beloved member.

Historical figures profiled in "How Dark the Night" include the infamous pirate Jean Lafitte, Secretary of the Navy Robert Smith, Robert Fulton and his prototype for a submarine, Captain Stephen Decatur, Captain Salusbury Pryce Humphreys RN, and Commodore James Barron. Historical events include the decline of slavery in the West Indies, the stark political differences between the Federalists in New England and the "War Hawk" Republicans in the South and West led by Henry Clay and John Calhoun, and the abuses at sea perpetrated by the Royal Navy against American sailors. Such abominations reach a war footing after the so-called "affair" between the USS "Chesapeake" and HMS "Leopard"--as related from the British point of view through the eyes of Seth Cutler, a midshipman serving in "Leopard."

Title: How Dark the Night: A Novel