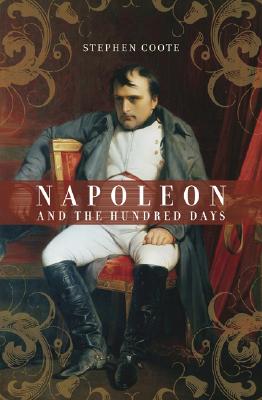 In Vienna, 1815, as the political aristocrats of Europe assemble to determine the fate of the continent after defeating Napoleon, the news arrived that Napoleon had escaped captivity and was returning to France. Bonaparte-the revolutionary turned emperor and "disturber of the world's peace"-was fast approaching Paris, gathering troops and taking cities without firing a single shot. He had returned, and it would be just one hundred days before he met his enemies in a final, epic battle.In Napoleon and the Hundred Days, Stephen Coote vividly re-creates the rise and fall of Bonaparte's empire, and brings to life the characters who shaped it: Wellington, Britain's Iron Duke; Josephine, Napoleon's great love; Talleyrand, his duplicitous minister; Fouche, the sinister head of the secret police; Blucher, the uncouth yet courageous Prussian commander; and, of course, Napoleon himself. Displaying his customary blend of a historian's eye and a novelist's dramatic style, Stephen Coote describes how the path to war became inevitable and how, at the battle at Waterloo, the fatigued but ever arrogant Napoleon met his match. This is a dazzling portrait of the legendary emperor, whose genius, courage, and tenacity won-and lost-him a vast empire.

Title: Napoleon and the Hundred Days