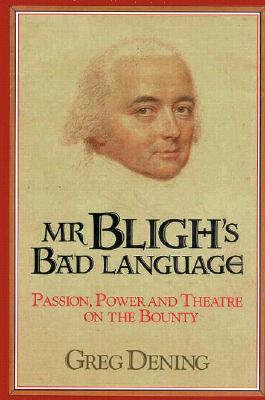 "Captain Bligh" is a cliche of our times for the extravagant and violent misuse of power. In fact, William Bligh was one of the least physically violent disciplinarians in the British navy. That paradox inspires the author to ask why, then, did Bligh have a mutiny? Its answer is to display the theatricality of naval institutions and the mythologizing power of history. Mr Bligh's Bad Language is an anthropological and historical study of the mutiny on the Bounty, and its role in society and culture. Throughout the book, Greg Dening draws on a wide range of intellectual influences, ending with the cinematic versions of the mutiny in the twentieth century.